I felt like HIITing up some hardcore Sunday session, so ditched the pump class I had booked (I will come back to it don’t worry) and headed to HIITGYM in West Hampstead for their HIIT Workout. ALSO quickly to note, make sure you cancel any classes at least 12 hours before or you’ll get CHARGED argh!

HIITGYM is a cheeky little studio just to the left and round the corner of West Hampstead tube station. I could hear the music and instructor before I entered… and then sort of had to AKWARDLY tread through their class before finding the changing rooms. (Pretty basic but had a hairdryer and showers. I was going out after the session so had planned to use said shower, but forgot to bring those two pretty essential items: shower gel and towel, so I had to be industrious with what I had. It’s amazing how far a few face wipes can go instead!) 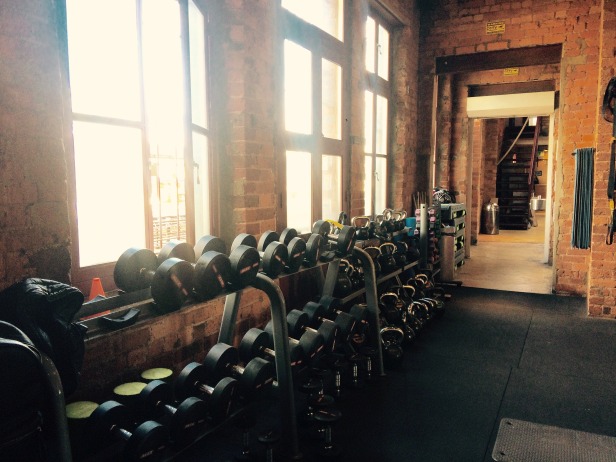 I was lucky enough to be in Brooklyn this year…and the exposed brick, train line out the back, laid back rap instrumentals, rolling motivational tones from the instructor dude reminded me of Williamsburg and other such hipster cool areas. Atmosphere and vibe-wise, top marks.

The dude’s actual name is COLIN CORE although it’s spelled differently apparently, (but it wouldn’t have the same impact). I told him to change it for artistic reasons like Denise Van Outen who is really just Denise Outen, (but wanted to maybe give off a Dutch vibe who knows, actually I think she has Dutch roots so who am I to deny her Van rights?)

Colin was a dream, I’ve heard since that he is something of a minor fitness celebrity around these parts and I can see why, he’s a MACHINE!!

We were split into 3 groups – treadmills, punch bags (remember your gloves people, or you’ll have to use weights like I did!), and floor work doing plank jacks (yummy). The sets are 30 seconds but he lets you build up to the really high intensity or

According to Colin this is when sh*t got real.

It worked REALLY well though, like for the first bit don’t get me wrong you would still give it welly, but then COME ON THEN it’s just 20 seconds so you can basically go MAD! Which I did.

Proper grimace face, sweat dripping, energy pumping MAD. I think I let out a few “raaaarghhh”s near the end.

It was ever so satisfying.

We all gathered round for the last rounds of exercises, some with weights some without but all just FULL of energy. It felt like Colin was personally training us all.

He also FREESTYLED a sort of rap song based on what we were doing. Hard to explain… which means you’ll just have to come and experience it your yourself!!!

DIFFICULTY LEVEL: Another goodie as you can take it at your own level and pace. But as its short bursts you have no excuse not to GO FOR IT!

STAR RATING: 5/5 believe me Colin, I will be back for more 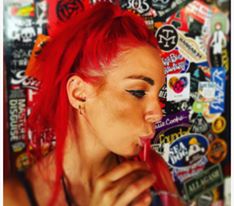