I was supposed to be doing Skinny Rebel Bootcamp (hardest in London apparently, which got me excited). It was Saturday so fancied something outdoorsy, rugged, rural (as rural as you can get in East London I mean). I wanted mud on my cheeks in the same style as Rambo, and a drill Sargent like our pal in Full Metal Jacket… but alas the class cancelled on me. 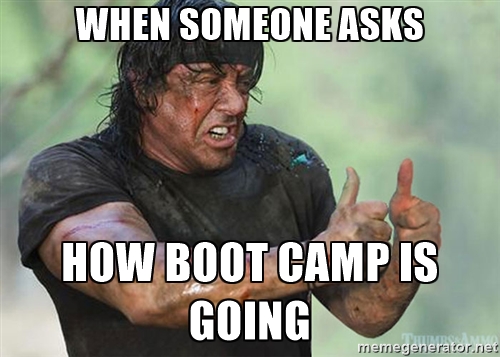 SO I went to Basefit Bootcamp with oh Danny boy, Danny Brown PT. Do you think instructors get a POUND  for every time they say “guys”, and when did this become the collective noun for a group of exercisees?

Anyway, the class is hidden just left of Shoreditch High Street Station. Not opposite, that’s a football thing, but luckily the lovely Sinead also got confused and I found myself a class bud.

Basecamp is an AstroTurf hamster cage that actually doubles up as a gym. There was a tent in the corner (see below, I assume this is where the bedding is kept and Danny sleeps, unless he decides to fill up his cheeks and move elsewhere), and then big tyres and bars. I couldn’t see the wheel, though they do get annoying at night so may have been removed.

The actual exercise featured kettle balls, push ups, burpees, and V Ups, which were good for your core, for 20 minutes with 7 set reps. Actually a nice number for this sort of thing as you moved on before you had enough of each one. But it did get a bit repetitive after 20 minutes of the same exercises.

HOWEVER we then moved onto a GIANT TYRE!! Now THIS is more like it. Except they’re really heavy… so I sort of threw myself at the big rubber monstrosity and willed the b*stard up. It was my technique and I was sticking to it. 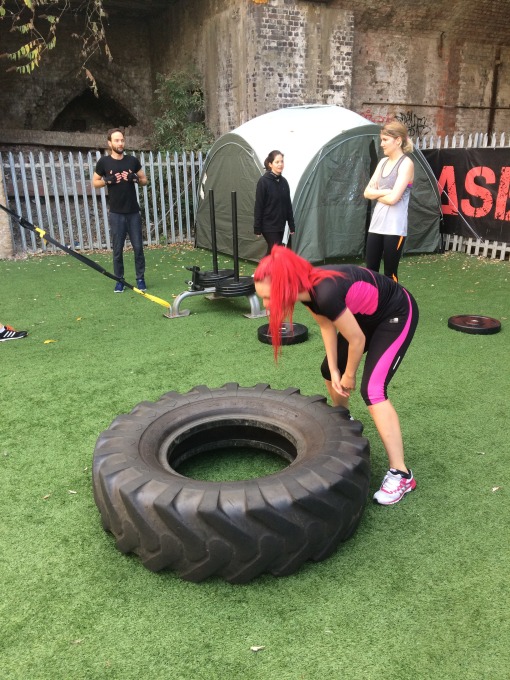 A few more strength reps with kettle balls, and pushing giant weights along the floor it was over! Talk about WHIZZED BY.

Kind of felt ready for more cardio though after class, so popped for a quick jog round Finsbury Park… where is saw some MENTAL military fitness taking place!

GOD DAMMIT – the instructor was in camouflage (kind of guy that wears it to Tesco and probably to bed too).

I bet he didn’t call his troops “guys”. 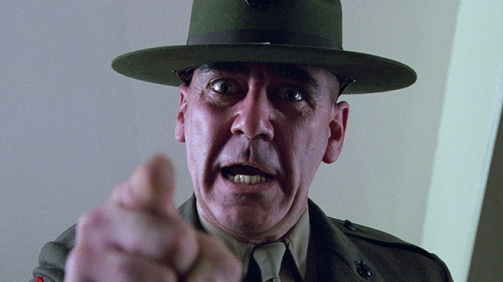 DIFFICULTY LEVEL: I did find the strength bits quite tough, but this could have been due to it being my 7th class this week. I think more motivation would have gone a long way, so we pushed ourselves more. 20 minutes just seemed like a lifetime!

There was an error retrieving images from Instagram. An attempt will be remade in a few minutes.